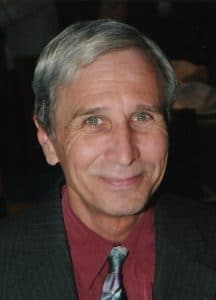 Rev. David Florence has been a student of Unity teachings for 43 years. He began his involvement as a Youth Ministry instructor for Uniteens aged 11-13. Going on to be a sponsor for the Youth of Unity and when his students turned 18, he pioneered the only Young Adults of Unity group in the nation, which was the model for the current Next Generation Unity group.

He graduated from the Unity Ministerial School in 1995 and has served churches in Michigan, Mississippi, Louisiana and Florida.

Rev. David’s spiritual quest began in the mid 1970s with a study of the Transcendental Meditation technique of Maharishi Mahesh Yogi. Soon after, his first spiritual teacher introduced him to additional Eastern teachings. He was introduced to Western metaphysics through the study of Theosophy and found Unity to be an exciting blend of these, with the teachings of Jesus Christ, weaving them together in a powerful, transformational spiritual practice.

As past chair of the Association of Unity Churches’ World Wide Services Team, Rev. David helped set policies and procedures for and approve start-up ministries nationwide. This team also oversaw the distribution of pioneering grants and grants that helped establish international ministries and those in target cities.

David is a strong believer in the Unity teachings of Charles and Myrtle Fillmore and holds the teachings of Jesus Christ as his spiritual foundation. He is an accomplished speaker, and he is committed to his vision of ministry, which is to “promote a clear expression of God’s love and presence, by co-creating a spiritually empowering, safe environment for the discernment of Self-awareness through prayer, teaching, meditation and service… and to encourage and exemplify the daily application of Unity principles.”