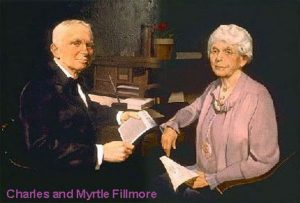 Unity was founded in the early 1890s by Myrtle and Charles Fillmore, not to be a separate church or religious denomination, but as a spiritual movement within religions, dedicated to helping people of all faiths apply positive spiritual principles to better their lives.

Charles defined Unity as “a link in the great educational movement inaugurated by Jesus Christ; our objective is to discern the truth in Christianity and prove it. The truth that we teach is not new; neither do we claim special revelations or discovery of new religious principles. Our purpose is to help and teach mankind to use and prove the eternal Truth taught by the Master.”

The impetus for the founding of the Unity movement came from Myrtle Fillmore’s remarkable healing of tuberculosis. She had a deep-seated belief that her illness was inherited. After attending a lecture about the power of positive prayer, her faith in God became stronger, and she began spending untold hours in prayer and meditation, seeing health and strength for herself, affirming, “I am a child of God, and therefore I do not inherit sickness.” Within two years, Myrtle was well. She lived on 45 years more, healthy and vital, making her transition at age 86.

As a boy, Charles Fillmore lived in the wilds of Minnesota. After a childhood skating accident, he suffered a hip disease and stinted growth in one leg, which,  attributed to his prayer work, was greatly improved over the years. As a young man he read classical authors such as Shakespeare, Tennyson, Emerson and Lowell. He also immersed himself with in-depth study of world religions and philosophies, and in the link between religion and science. Today, quantum physics scientists are discovering this link, finding – and proving – the undisputable connection between the power of the human mind and its effect on the body.

Charles and Myrtle met at a literary event in the 1880s, and in a short time the two were exchanging books and ideas. Since they were also interested in scientific matters, they often went out into the countryside together, searching for fossils. In 1899, they decided to fully devote their time to a ministry of prayer and helping others. At first they shared their new understanding not through a church, which came later, but through magazines in which they wrote about what they were learning and encouraged others to explore for themselves.

Unity Magazine and Daily Word are still published today with global circulation. They also established Silent Unity, a prayer ministry that exists to this day. Someone is always praying in Silent Unity around the clock, 24/7, and has been since the early 1900s. Anyone may request confidential prayer support at any time by calling 816-969-2000 or by visiting: unity.org/prayer/request-prayer.

Today, Unity has approximately 1,000 churches, centers and study groups around the world. For more information, go to unity.org.